The nice folks at Mr. Coffee sent me a Cafe Barista Espresso Maker to review and tell you about. Mr. Gimmie, a coffee snob, was so excited about this one he has officially claimed it and tells me I’m not allowed to go near it. (Of course, that’s a joke!)

We previously had a Capresso Café Espresso & Cappucino Machine that I got a great deal on at Rue La La.  As a matter of fact, it was such a great deal I bought one as a gift for my brother-in-law, and another for a friend who had helped on the blog (she insisted on paying something for it, but if I remember right we split it.)  Anyway, within a few months ALL THREE of them had broken!  With my friend’s and my BIL’s – they both had knobs break.  And, on ours, the seal where you put the coffee shuttle leaked.  We all contacted the company who were amazing about replacing them, but it was a hassle. Within another few months, all three had broken again in the same way as before. They replaced them again, and ours broke one more time and was replaced even though it was after the year warranty. They were really good about it, but frankly the units were not great. I was so disappointed as they retail for nearly $300!!

So, we had gotten a cheapie little “drip” unit (as opposed to the pump system) and we suffered through it. So, when the new Cafe Barista arrived, we were foaming at the mouth – and not just from the cappuccino!

Mr. Coffee® Café Barista Espresso Maker (MSRP: $199.99)
Bring the coffeehouse home with the ultimate gift for gourmet espresso lovers!  The Mr. Coffee® Café Barista brews gourmet, specialty coffeehouse-style beverages in the comfort of home at a fraction of the cost using a 15-bar pump that delivers bold espresso and perfectly frothed milk to create cappuccinos, lattes and more at the touch of a button. Delicious espresso is automatically dispensed into the rich and creamy milk whipped up by the automatic frothing system. Pre-programmed settings measure just the right amount of ingredients and selectable brew sizes range from a 2-oz espresso shot to a full 8-oz cup.  A special cleaning cycle makes clean-up hassle-free. Included recipe booklet features best-of-the-season beverages!

We absolutely LOVE this machine.  We’ve had it for three months with zero problems, and many, many wonderful cups of coffee!  It’s easy to use and makes great beverages. It’s so nice to have a double shot of espresso first thing in the morning, and a cappuccino or frappe in the afternoon – and you don’t have to drop $5 at a coffee shop!

Things I love about Cafe Barista:

search all of our sites 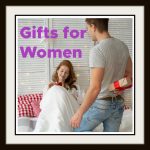 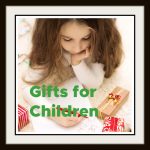 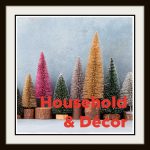 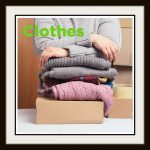 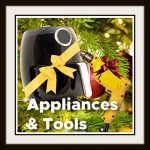 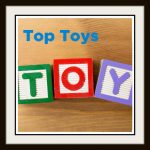 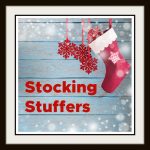